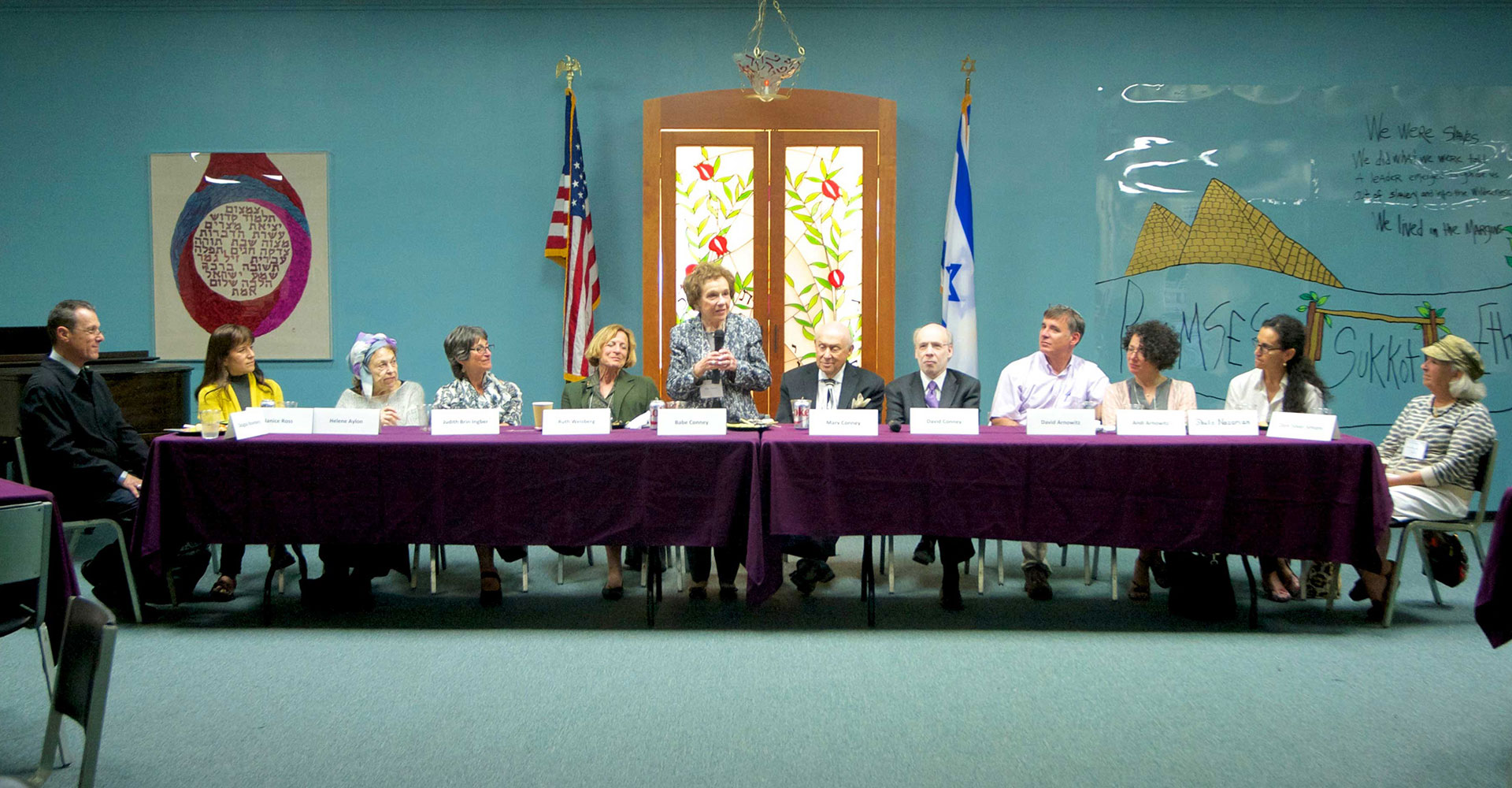 Marv Conney, longtime CJS supporter and Board of Visitors member, passed away on Thursday, March 25, 2021, at the age of 94. Marv was a visionary whose generosity along with that of his wife, Babe, provided the support for the Conney Project on Jewish Arts, housed within the Mosse/Weinstein Center for Jewish Studies. I first met Marv in the early 2000’s over breakfast at the request of then Chair of Jewish Studies, Dan Pekarsky, after he and Babe had made a gift to CJS honoring his own songwriter father’s love of the arts. The gift was intended to support a program that focused on the intersection of “Judaism and the arts”, a non-traditional project that was to explore the Jewish experience in America today as seen through contemporary arts and culture. As his son David Conney explained, the new initiative should, according to Marv, “look at Judaism in America through contemporary music, Broadway, film, television, dance, literature, and painting — and how each art-form can tell a Jewish story — and, in America, of course, a Jewish story, at its essence, involves the American dream, optimism, opportunity, diversity, tolerance, social responsibility, social justice, resilience, and survival.” (Marv and Babe Conney are pictured above as they were honored at the Conney Conference on Jewish Arts at USC in 2015).

Thus, the Conney Project on Jewish Arts was born and remains the only initiative like it in the country. As the founding Director of the Conney Project, I had the great privilege to work closely with Marv since 2002, building his vision from the ground up. We spent a lot of time talking about the things we both found meaningful in the ways that Jewish immigrants had shaped the culture of the 20th century and thereafter. He also spoke about how proud he was of his roots in Ripon, Wisconsin and his love for his family and particularly his wife, Babe. Together, they were a force, generous, thoughtful and full of life. 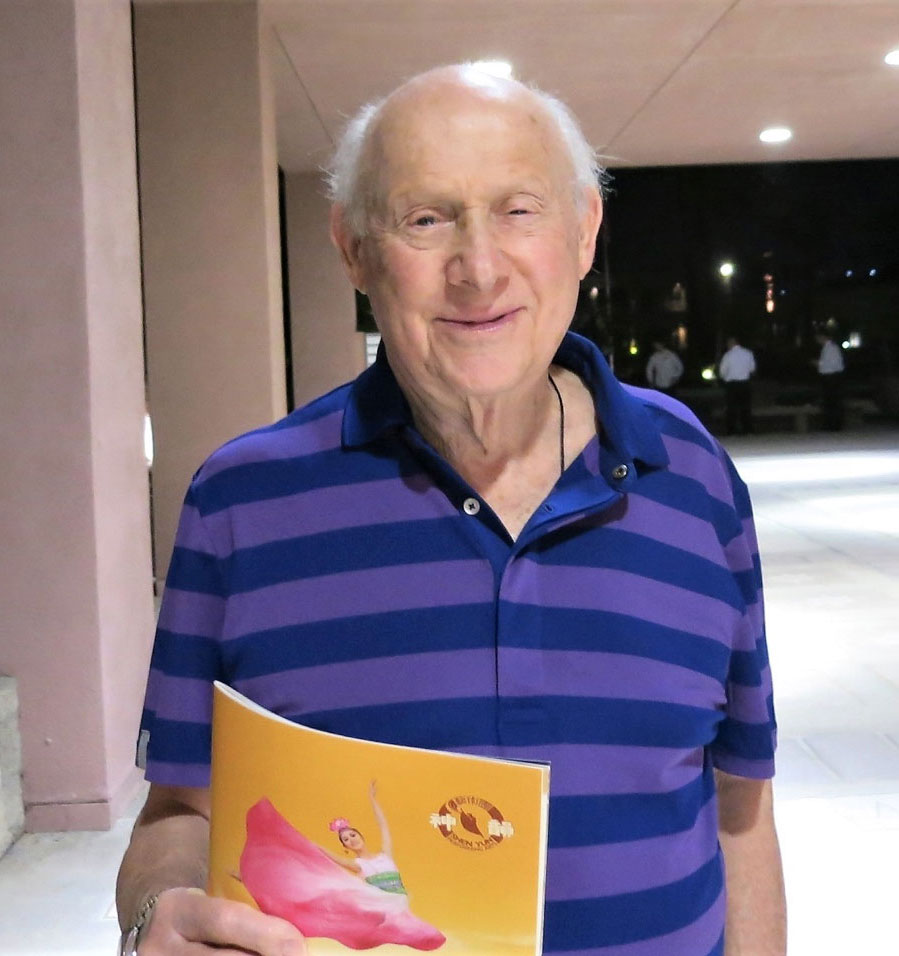 When we had finished breakfast, he always asked, “What’s next?” It was Marv’s suggestion that we might find a way to take the conference “on the road” so as to enlarge the discussion about the Jewish Arts to colleagues across the country. In 2015, as we marked the tenth year of the Conney Project on Jewish Arts, we did indeed take the conference on the road, collaborating with Professor of Art Ruth Weisberg at USC for a conference that focused on the relationship between Israeli and American representations of Jewishness across an interdisciplinary spectrum of the arts. Jewish/American/Israeli: Intertwined Identities in the Contemporary Arts and Humanities was a groundbreaking event, featuring artists and Scholars from across the United States and Israel in a remarkable exchange of ideas and collegiality. It was the first time Marv and Babe (along with their son David) had attended the conference, and the first time we were able to publicly acknowledge the Conney’s generosity with a small ceremony in their honor. As always, Marv was more interested in getting to know the presenters than being the center of attention, inviting many of the scholars and artists present to sit with him as he peppered them with questions about their research and practice. Marv was always a student who never tired of learning more about the histories of the things he found of interest, especially concerning art and Jewish culture.

Marv and I often talked at length about what makes a good kosher dill pickle. Last time I saw Marv, I brought him a jar of my homemade pickles which he always noted, had a “good crunch.” He wondered if there was a market for a good pickle in Wisconsin. As sales and business were in Marv’s blood, he was always brainstorming about such things including how to expand the reach of the Conney Project. He was constantly thinking about how best to fulfill the vision he and Babe had some 20 years ago when they made an initial contribution to the Mosse/Weinstein Center for Jewish Studies to explore building a program that focused on the intersection of Judaism and the arts. Over lunch that day, I reported to Marv about the recent conference we held in collaboration with the 92nd Street Y in New York, the legendary venue for the arts since its current inception in the early 1900’s. Marv had spoken passionately about the possibility of holding an event in New York, the home of Broadway, The Jewish Museum and of course, the entry point for so many Jewish immigrants making their new lives here in the United States. The 92Y welcomed the Conney Conference with open arms and scheduled the proceedings in rooms that some of the presenters had taken art and dance classes in as children growing up in New York. Again, poring over the conference proceeding, Marv was thrilled with the knowledge that the Conney Conference had made it to the “big apple” as he said. And then, he said, “What’s next?”

Marv Conney was a mensch in every sense of the word. He was philanthropist and supporter of the arts, medicine and cutting edge research at the University of Wisconsin and elsewhere. He was kind and funny and along with Babe, led a generous and righteous life and will be greatly missed. In Spring 2022 we will have the chance to properly honor Marv’s legacy when we convene the next Conney Conference on Jewish Arts at UW Madison. We are hopeful that we will be able to meet in person and once again, explore all the arts in the context of Jewish identity, in Marv’s memory. And, may his memory be a blessing.